You are here: Home / Success Stories / Brothers react correctly to stovetop fire thanks to demonstration at school 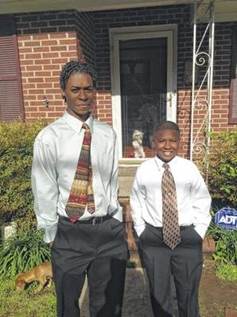 Brothers react correctly to stovetop fire thanks to demonstration at school

Anson County North Carolina has 4 schools (high school, middle school, 2 elementary schools) with an average of 2,400 students. When teaching cooking safety we utilize a variety of props including: pots, pans, stove tops, and other common kitchen utensils. We stress no distractions (cell phones, children playing, etc.) We demonstrate 3 feet away from “hot” objects. We stress keeping a lid nearby to cover the pot. We have dressed in turn-out gear pants, apron and chef’s hat to engage audiences. We always stress the importance of alarms.

I usually use an importance comparison: Most teenagers and adults have Cell Phones, if they break it is immediately a trip to store for repair or purchase; I then compare the importance of monthly alarm testing and the same attitude of repair or replacement of alarms vs cell phones.

The benefit of this lesson paid off for Mekhi Brooks, 11, and Rondell Thompson, 15. They were at home alone on Aug. 21, making themselves some food while their mother, Monica Brooks, was at work at Brown Creek Correctional in Polkton, NC. Wadesboro Fire Chief Marc Sessions said that although the leading cause of fires in America is unattended cooking, Mekhi and Rondell “did everything correctly.”

“They were right there at the stove,” Sessions said, “and the pot flamed up so they covered the pot, took it off the stove and turned the stove off. Then they evacuated the house and called 911 — exactly what they were supposed to do.”

Sessions said that when he arrived on the scene, the brothers were in their front yard. “One of the first things Mekhi said was that I had come to his school and he remembered what to do.”

The home sustained only minimal smoke damage, Sessions said, and neither of the young men were injured. In a press release, Sessions stated, “This is why the Wadesboro Fire Department puts an emphasis on its prevention efforts and continues to expand its programs. It demonstrates the commitment made by the volunteer firemen to keep their community safe. We want to prevent fires from occurring, but we know that we won’t stop all of them. But when they do happen, we want all the stories to have a happy ending like this one.”

The youngsters’ mom said that they are humble about being recognized as heroes. “I just want to say I’m so very proud that the boys kept calm and remembered what they had been taught at school about escaping a fire,” she said. “This could have turned out very differently and I just thank God and [the Wadesboro] Fire Department for all they did and all they do for the community.”

The department operates with 30 volunteers in addition to the Fire Marshal and Fire Chief. To be successful they partner with the Anson School System, the County Fire Marshal’s office, and many others in their community.

The department relies on state and federal grants, and support from the community for funding programs. 15 years ago they had no budget for community outreach. Their success at reaching into the community with targeted programs at no cost has resulted in greater ability to attract needed funding.

A diverse outreach program targets various risk factors and segments of the community. They recently installed 100 smoke alarms on one Saturday in homes where protection was lacking.

What prompted this program?

An informal assessment of call response has guided program development. 92% of school children in this community of 5200 are on the reduced or free lunch program. This factor correlates with increased risks in low-income homes and the advantage of reaching children in those homes with life-saving prevention messages.

Wadesboro Fire Department is in the process of building their first fire station in 106 years of operation. Previously they shared space with the police department and were limited in the type of programs they could conduct “in-house”. The support for this came from the community and testimony from the school superintendent, industry, and the faith community who have witnessed the value that the department brings to their community. Chief Sessions says that in his tenure he hopes his legacy is that he did all he could to “prevent” rather than to “respond”. 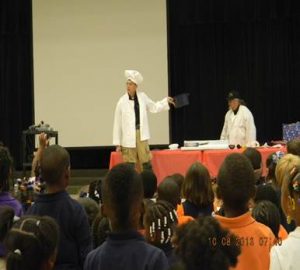 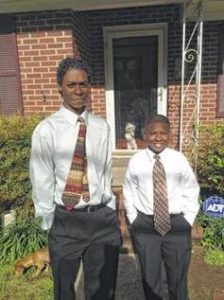 What materials did this project use?

Materials for education and outreach are purchased from reliable sources. They have no current source for bulk printing; however, they are open to including FIEF moving forward.

Categories:
Comments Off on Brothers react correctly to stovetop fire thanks to demonstration at school